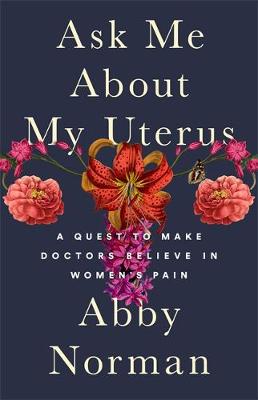 Faced with a cascade of un-diagnosable symptoms, a young college student is compelled to trade her textbooks for medical journals and dance classes for doctor's offices as she strives to find answers and to advocate for recognition of women's pain.

One otherwise uneventful morning, Abby Norman woke up and went to take a shower. Out of nowhere, she was struck down by an excruciating, nauseating pain and collapsed on the bathroom floor.

Unable, perhaps at times even unwilling, to diagnose her symptoms and take her pain seriously, doctors suggested Norman's condition was "all in her head." Although she was vaguely aware of the fraught relationship between women's bodies and the male-dominated medical profession--from Dr. Freud and Dora to Dr. Wilbur and Sybil--Norman trusted their assessment and turned her examination inward.

Still, the physical pain persisted. When she was eventually diagnosed with endometriosis, she thought she'd found the answer. But then an even more unusual medical condition befell her that had nothing to do with her reproductive system. When the doctors were once again mystified-or just downright unsympathetic-Norman realized the fight had only just begun.

Combining her findings from medical research past and present, interviews with experts and patients, and a hearty dose of pop culture appreciation, Norman takes readers on a journey by turns infuriating, humorous and inspiring. Putting her own misadventures into a broader historical, sociocultural, and political context, Norman shows that women's bodies have long been the battleground of a never-ending war for power, control, medical knowledge and truth. And that it's time to refute the belief that being a woman is a pre-existing condition.