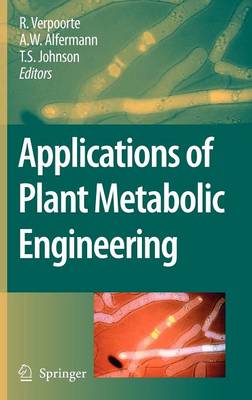 Details all the latest research developments in plant metabolic engineering

Comprehensive, essential text for scientists in the field

Considering the tremendous progress that has been made since our first book in the year 2000 urgency was felt to bring together cutting edge research in plant metabolic engineering in applied aspects as a handy reference book. This book has been predominantly dedicated to applied research of metabolic engineering, and a part of it has been allotted for fundamental research that has potential applications. This book is a unique source of information for all those involved with plants as chemical factories of fine chemicals and also to more experienced scientists who work on transgenic plants, besides, senior researchers, graduate students, post-doctroral students, teachers and students as well. 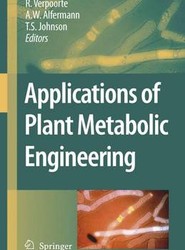 "Impressive progress has been made in this rapidly growing area of second generation biotechnology. … is an updated comprehensive reference on the applications of plant metabolic engineering. … This book will prove useful for researchers and professionals alike who are into the field of plant metabolic engineering. It must be emphasized that each chapter in the book is well referenced with current literature, which highlights the task of ending a book in this ever-expanding field … . The authors have done a commendable job." (C. Jayabaskaran, Current Science, Vol. 93 (12), 2007)