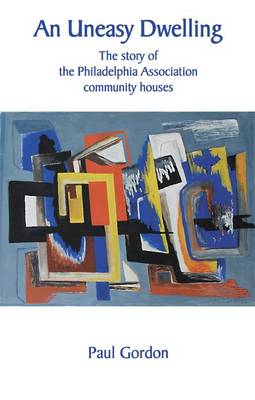 Providing places of asylum has been at the heart of the Philadelphia Association's endeavours for more than 40 years. Hundreds of men and women, whether formally designated 'mentally ill' or experiencing serious emotional distress to the point where they can no longer cope, have found in our houses a haven, a place where, in the company of others, they are allowed to go through whatever they have to go through, in their own time and in their own way, free from the well-meaning interventions of psychiatry or family. The most famous of these was undoubtedly the first, Kingsley Hall, which opened in 1965 and which has come to have an almost iconic status in the world of what has come to be called critical (or less accurately anti-) psychiatry. When Kingsley Hall closed in 1970 (when the lease expired) the PA's attempt at providing a radically different approach to the treatment of those in states of severe emotional distress did not come to an end, as many people seem to believe. Rather it took different forms and has continued to this day.
The weekend that the PA moved out of Kingsley Hall, a new community opened and more than 15 houses have been run under our auspices since and several hundred people have spent some time in them. The houses have been an inspiration to many others too. Despite our longevity and the radically different nature of our project, surprisingly little has been written about our endeavours in this respect, a few book chapters and articles, and an unpublished PhD thesis. The Philadelphia Association (PA) has never been good at self-promotion. In part this was an understandable reaction to the period when the PA was most closely identified with one of its founders, the highly public figure of RD Laing, but it has meant that what we do - which is arguably unique in its field - has felt at times like a guilty secret. This book is an attempt to correct that.

Acknowledgements Introduction 1. Kingsley Hall: 'Something was shown there' 2. The community network, 1970-2006 3. The story of a house 1: Portland Road 4. The story of a house 2: Freegrove Road 5. Hospitality, dwelling and home 6. Ordinary living: Our houses today 7. Against all odds: Some concluding remarks References