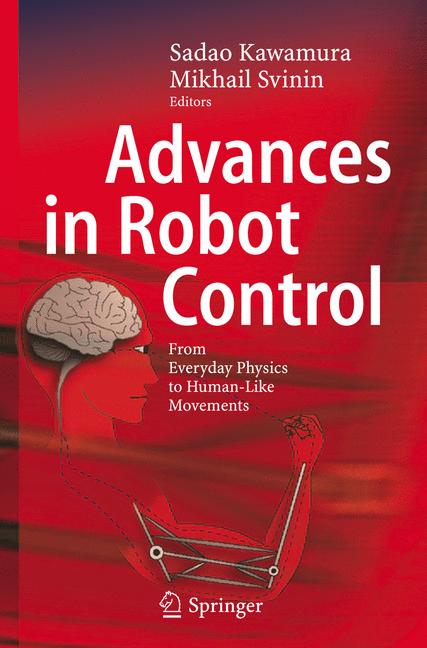 Robotics is still a young science, but we can already identify the people who de?ned its primary course of development. Suguru Arimoto is one of them. His early works laid the foundations of what nowadays is called modern robot control, and we believe it is both appropriate and necessary to write a book on recent advances in this ?eld in the context of his scienti?c interests. While presenting recent advances in robot control is the main intention of this book, we also think it is appropriate to highlight Suguru Arimoto’s research career, main scienti?c achievements, and his personality, too. This can be very inspiring and instructive, especially for young researchers. What are the most remarkable features of Suguru Arimoto? On the p- sonal side, his vitality is striking. He is always focused on a research target, and it is always a fun and a pleasure to discuss with him scienti?c pr- lems and to learn from him. His passion to explain things that might not appear obvious is endless. It is very encouraging to younger researchers that, at this stage of his career, he is still a very active, approachable, and in?u- tial researcher, and a person who leads by example. On the scienti?c side, we should stress his research philosophy. He believes that the ?nal result should be simple and have a clear physical (or physiological, in his recent research) interpretation.

Dedicated to Suguru Arimoto, Ritsumeikan University, Japan, who is turning 70 next year and has been one of the major contributors in this area

This volume provides a unique collection of papers written in honor of the 70th birthday of Suguru Arimoto who has long been recognized as a pioneer in the field of robot control. A variety of his research is reflected in this book, which includes contributions from leading experts in the field, who have also been closely associated with Suguru Arimoto at various stages in his distinguished career. The book is build around two themes: the physics-based robot control for coping with the so-called everyday physics problems on one hand, and the challenge of reproducing beautiful, human-like movements on the other hand. These themes defined much of Arimoto’s research in the field of robot control and are the cornerstones of his perception of human robotics. Topics covered in the book address natural motion and adaptive control of robot manipulators, visual servoing, passivity-based and iterative learning control, artificial potentials for nonholonomic systems, force control of haptic devices and muscle-activated systems, modeling and analysis of human-like movements in reaching and grasping tasks. Each chapter is self-contained and treats the subject cohesively and in depth. This volume will provide an important reference for graduate students and researchers, as well as for engineers and scientists working in the field of robotics.

Human Robotics: A Vision and A Dream.- Human Robotics: A Vision and A Dream.- From Everyday Physics to Robot Control.- Natural Motion and Singularity-Consistent Inversion of Robot Manipulators.- Approximate Jacobian Control for Robot Manipulators.- Adaptive Visual Servoing of Robot Manipulators.- Orthogonalization Principle for Dynamic Visual Servoing of Constrained Robot Manipulators.- Passivity-Based Control of Multi-Agent Systems.- Navigation Functions for Dynamical, Nonholonomically Constrained Mechanical Systems.- Planning and Control of Robot Motion Based on Time-Scale Transformation.- From Robot Control to Human-Like Movements.- Modularity, Synchronization, and What Robotics May Yet Learn from the Brain.- Force Control with A Muscle-Activated Endoskeleton.- On Dynamic Control Mechanisms of Redundant Human Musculo-Skeletal System.- Principle of Superposition in Human Prehension.- Motion Planning of Human-Like Movements in the Manipulation of Flexible Objects.- Haptic Feedback Enhancement Through Adaptive Force Scaling: Theory and Experiment.- Learning to Dynamically Manipulate: A Table Tennis Robot Controls a Ball and Rallies with a Human Being. 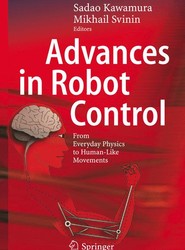