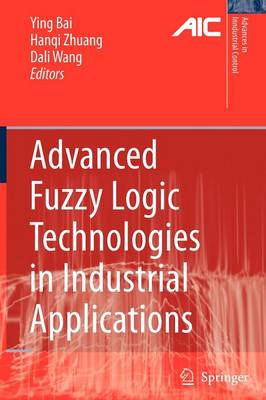 The series Advances in Industrial Control aims to report and encourage technology transfer in control engineering. The rapid development of control technology has an impact on all areas of the control discipline. New theory, new controllers, actuators, sensors, new industrial processes, computer methods, new applications, new philosophies , new challenges. Much of this development work resides in industrial reports, feasibility study papers and the reports of advanced collaborative projects. The series offers an opportunity for researchers to present an extended exposition of such new work in all aspects of industrial control for wider and rapid dissemination. In the mid-1960s and contemporary with Kalman’s pioneering papers on sta- space models and optimal control, L.A. Zadeh began publishing papers on “fuzzy sets”. It took another decade before the fuzzy-logic controller due to Mamdani and Assilion was reported in the literature (ca. 1974), and now the fuzzy-logic control paradigm is entering its fifth decade of development and application. Thus, this new Advances in Industrial Control monograph edited by Ying Bai, Hanqi Zhuang and Dali Wang on fuzzy-logic control and its practical application comes as a timely reminder of the wide range of problems that can be solved by this continually evolving methodology.

The ability of fuzzy systems to provide shades of gray between "on or off" and "yes or no" is ideally suited to many of today’s complex industrial control systems. The static fuzzy systems usually discussed in this context fail to take account of inputs outside a pre-set range and their off-line nature makes tuning complicated.

Advanced Fuzzy Logic Technologies in Industrial Applications addresses the problem by introducing a dynamic, on-line fuzzy inference system. In this system membership functions and control rules are not determined until the system is applied and each output of its lookup table is calculated based on current inputs.

The tuning process is a major focus in this volume because it is the most difficult stage in fuzzy control application. Using new methods such as µ-law technique, histogram equalization and the Bezier-based method, all detailed here, the tuning process can be significantly simplified and control performance improved.

The other great strength of this book lies in the range and contemporaneity of its applications and examples which include: laser tracking and control; robot calibration; image processing and pattern recognition; medical engineering; audio systems; autonomous underwater vehicles and data mining.

Advanced Fuzzy Logic Technologies in Industrial Applications is written to be easily understood by readers not having specialized knowledge of fuzzy logic and intelligent control. Design and application engineers and project managers working in control, as well as researchers and graduate students in the discipline will find much to interest them in this work.

Advances in Industrial Control aims to report and encourage the transfer of technology in control engineering. The rapid development of control technology has an impact on all areas of the control discipline. The series offers an opportunity for researchers to present an extended exposition of new work in all aspects of industrial control.

Doctor Ying Bai has been working in the field of fuzzy logic control since 1995. He has published three textbooks and about 20 research papers in international conferences and journals, and most of them are related to the fuzzy logic control on DC/AC motors, laser tracking systems and modeless robots calibrations. He is currently teaching at the Department of Computer Science and Engineering at Johnson C. Smith University.

Dr. Zhuang is an Associate Editor of IEEE Transactions on Robotics and International Journal of Computer Applications. He has received a number of awards and grants, including a NSF Young Investigator Award. He has published one research monograph and 50 refereed journal papers on the subjects of robotics, computer vision and fuzzy logic control. His recent research activities include conducting a project with DOD/DISA on secure telecommunication using fuzzy logic and biometrics.

Dr. Dali Wang is an Assistant Professor at Christopher Newport University. He has over 20 refereed research papers in the areas of digital signal processing, soft computing and robotics. Since 1995, he has been extensively involved in work on the applications of soft computing techniques, including neural networks and fuzzy logic, in many industrial areas: digital signal processing, telecommunications, control and robotics. He gained practical perspective from his five years' industrial experience in the semiconductor, wireless and network communication industry. Much of his research work is involved in combining theoretical aspects and practical implementation. 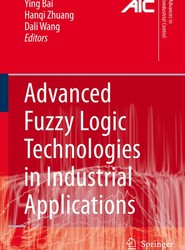 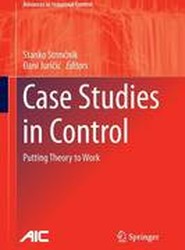 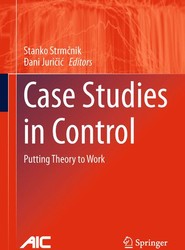 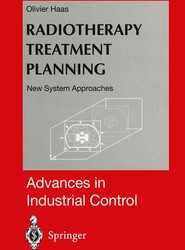 "The book is organized as follows. The first four chapters ‘introduce’ fuzzy controllers … . The remainder of the text covers applications, including noise suppression in laser tracking, medical engineering, flight control, and data mining. … For a reader desiring a collection on advanced industrial FST applications, this text is adequate. The examples are fresh and fairly broad. Few readers outside this group will find this book useful. … the reader is encouraged to investigate fuzzy methodology." (J. Douglas Barrett, Technometrics, Vol. 49 (4), 2007)