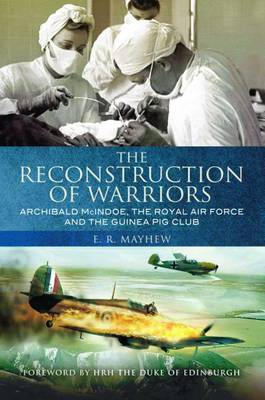 The history of the Guinea Pig Club, the band of airmen who were seriously burned in aeroplane fires, is a truly inspiring, spine-tingling tale. Plastic surgery was in its infancy before the Second World War. The most rudimentary techniques were only known to a few surgeons worldwide. The Allies were tremendously fortunate in having the maverick surgeon Archibald McIndoe - nicknamed 'the Boss' or 'the Maestro' - operating at a small hospital in East Grinstead in the south of England.McIndoe constructed a medical infrastructure from scratch. After arguing with his superiors, he set up a revolutionary new treatment regime. Uniquely concerned with the social environment, or 'holistic care', McIndoe also enlisted the help of the local civilian population. He rightly secured his group of patients - dubbed the Guinea Pig Club - an honoured place in society as heroes of Britain's war.For the first time official records have been used to explain fully how and why this remarkable relationship developed between the Guinea Pig Club, the RAF and the Home Front. First-person recollections bring to life the heroism of the airmen with incredible clarity.