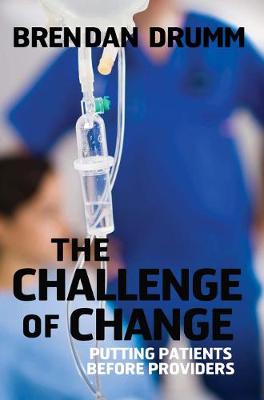 The Challenge of Change is a fascinating behind-the-scenes account of a major transition period in Ireland's health system. Brendan Drumm records his experiences as chief executive of the Health Service Executive (2005-2010) and recounts his vision for Ireland's health service. While acknowledging the problems with and criticisms of the HSE, Drumm's vision has been and still is one of reform.
The Challenge of Change discusses how the foundations for an integrated healthcare system were laid in Drumm's five years in the HSE; highlights the obstacles to an integrated healthcare system and healthcare reform in Ireland, including the political and public service system, and the challenge of bringing doctors, nurses and other clinicians along with change; discusses all the major issues that Drumm dealt with in his role and that the HSE is still dealing with, including the National Children's Hospital, developing primary care teams, the new consultants' contract and major adverse events; and gives an insider's view on the challenges to reform in a public sector context, which feeds into the wider problem of consensus in Ireland's governance structures - in anything from the banks to the political system.