The British Dentist
Published June, 2015
By Rachel Bairsto
Publisher: Shire Publications Ltd
Rating:
in-stock
Early dentistry was amateurish and limited to barber-surgeons, travelling tooth-pullers and blacksmiths, with patients often suffering as much from the cure as the malady. This book looks at this history and at the professionalism seen from the late nineteenth century onwards, which has led to very dramatic improvements in dental treatment.
Electronic book text
£4.99
Quantity: Add to basket 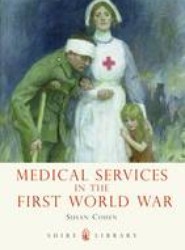 Medical Services in the First World War
Published March, 2014
By Dr Susan Cohen
Publisher: Shire Publications Ltd
Rating:
in-stock
The numbers of the dead and wounded in the First World War were horrendous and unprecedented. This book tells the stories of the services that risked all to collect casualties from the battlefield by stretcher and/or ambulance, of the frontline hospitals that offered primary treatment.
Paperback / softback
£6.99
Quantity: Add to basket 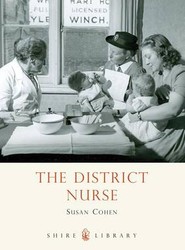 The District Nurse
Published November, 2010
By Susan Cohen
Publisher: Shire Publications Ltd
Rating:
in-stock
Shows how the role of the district nurse has moved on greatly since Queen Victoria's Jubilee, expanding and developing to provide a broad range of invaluable health care services in the community.
Paperback / softback
£6.99
Quantity: Add to basket 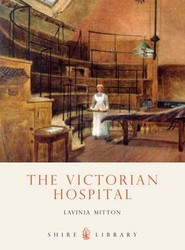 The Victorian Hospital
Published December, 2008
By Lavinia Mitton
Publisher: Shire Publications Ltd
Rating:
in-stock
Follows the changes in hospital treatment that took place during the Victorian era and explores the different types of hospitals that were available, from the celebrated specialist institutions served by famous surgeons to the appalling workhouse infirmaries where the patients were looked after by untrained pauper nurses.
Paperback / softback
£6.99
Quantity: Add to basket 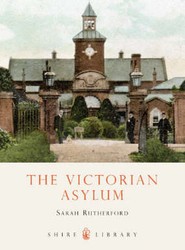 The Victorian Asylum
Published May, 2008
By Sarah Rutherford
Publisher: Shire Publications Ltd
Rating:
in-stock
Dreaded and reviled by many, the nineteenth-century buildings provide a unique window on how the Victorians housed and treated the mentally ill. This book offers an insight into their history, their often imposing architecture and their later decline.
Paperback / softback
£6.99
Quantity: Add to basket 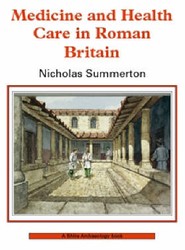