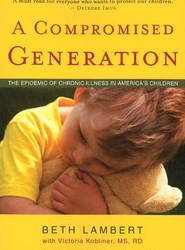 Compromised Generation
Published April, 2010
By Beth Lambert and Victoria Kobliner
Publisher: Sentient Publications
Rating:
in-stock
Reveals how seemingly benign elements of American culture are making millions of children chronically ill, disabled, or dysfunctional. This book provides details on how this epidemic can be reversed and how to prevent more children from becoming ill, supplying evidence that children can recover from chronic illnesses, including autism.
Paperback / softback
£15.99
Quantity: Add to basket 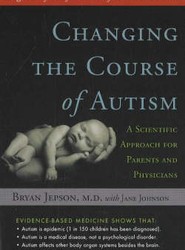 Changing the Course of Autism
Published July, 2007
By Jane Johnson and Bryan Jepson
Publisher: Sentient Publications
Rating:
in-stock
Shows that the autism can be treated by reducing the neurological inflammation that is part of the disease process, rather than simply masking the symptoms with drugs like Ritalin and Prozac. This book reviews the medical literature regarding the biological nature of the disease, including the potential connection between vaccines and autism.
Paperback / softback
£15.99
Quantity: Add to basket 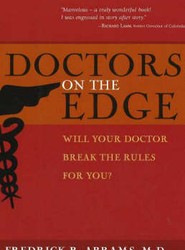 Doctors on the Edge
Published August, 2006
By Fredrick R. Abrams
Publisher: Sentient Publications
Rating:
in-stock
Exposes the hardest decisions to be made in a profession in which people's bodies and souls are laid bare. This title offers an account of doctors who are faced by wrenching moral dilemmas, and unexpected dilemmas. Each chapter is an account of physicians who lied, or broke the law to bring about what they believed was best for their patients.
Hardback
£19.99
Quantity: Add to basket 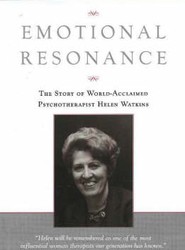 Emotional Resonance
Published January, 2006
By John G. Watkins
Publisher: Sentient Publications
Rating:
in-stock
The story of a gifted and creative psychotherapist who developed a new form of therapy, told by her husband, and colleague. He focuses on what she was like as a person, outside her consulting office, and away from the teaching podium. He also illustrates her ability to be emotionally resonant with her patients by including vignettes of her work.
Paperback / softback
£14.50
Quantity: Add to basket
© Wisepress Ltd.
All rights reserved.