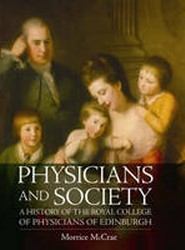 Physicians and Society
Published October, 2007
By Morrice McCrae
Publisher: John Donald Publishers Ltd
Rating:
in-stock
Provides a social history of the Royal College of Physicians of Edinburgh from its foundation in 1681 until 1918 when, at the end of the First World War, its role was changed by the creation of the Ministry of Health.
Hardback
£25.00
Quantity: Add to basket 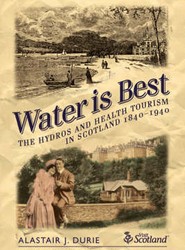 Water is Best
Published September, 2006
By Alastair J. Durie
Publisher: John Donald Publishers Ltd
Rating:
in-stock
In the early 1840s, a new system of water treatment, called hydropathy, arrived in Britain and nowhere did it take stronger root than in Scotland. This study examines the enthusiasts and practioners who ran the hydros, the personnel, patients and the guests, and looks at why the Scottish hydros were so successful whereas the Scottish spas faded.
Paperback / softback
£20.00
Quantity: Add to basket
© Wisepress Ltd.
All rights reserved.