Diagnostic Virology in Primary Care
Published September, 2019
By Brendan Crowley
Publisher: Choice Publishing
Rating:
in-stock
General practitioners are in the front line where viral diseases are concerned, and they may sometimes need support in what is a rapidly developing field. The twenty-first century has seen a revolution in the speed and range of laboratory diagnosis as well as a new phase in viral immunisation and antiviral treatment.
Paperback / softback
£15.00
Quantity: Add to basket 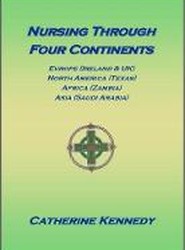 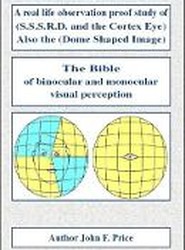 A real life observation proof study of (S.S.S.R.D. and the Cortex Eye) Also the (Dome Shaped Image)
Published November, 2017
By John F. Price
Publisher: Choice Publishing
Rating:
in-stock
(S.S.S.R.D. and the cortex eye) and the (Dome shaped image) are the two permanent structures in the optic array for binocular and monocular visual perception. John F. Price published (S.S.S.R.D. and the cortex eye) almost ten years ago. It is the first ever proven and complete new concept of binocular visual perception.
Paperback / softback
£25.00
Quantity: Add to basket 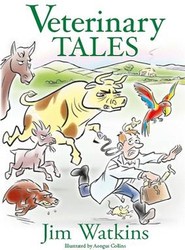 Veterinary Tales
Published November, 2011
By Jim Watkins and Aongus Collins
Publisher: Choice Publishing
Rating:
in-stock
"Why did I become a vet? Was I mad? Why didn't I take that job in the Bank of Ireland, in a nice suit in a warm office, central heating, nine to five?" Those were the thoughts of the author as he hauled himself out of a hole of dungheap drainage back in the 1950s.
Paperback / softback
£9.99
Quantity: Add to basket