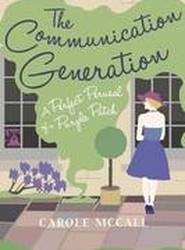 The Communication Generation
Published February, 2016
By Carole McCall
Publisher: Arena Books
Rating:
in-stock
A true story of a capable and cheerful woman's slow and sometimes hilarious ascent all the way back from a real, fully fledged, all singing and all dancing breakdown that she really did not see coming her way, not in a month of Sundays.
Paperback / softback
£14.99
Quantity: Add to basket 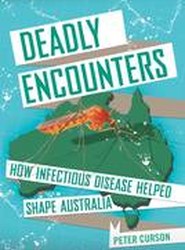 Deadly Encounters
Published September, 2015
By Peter Curson
Publisher: Arena Books
Rating:
in-stock
This book combines elements of Medical Demography, Public Health, History and Geography. It offers much to the field of Public Health, to the Disasters literature, to those interested in how the media moulds public opinion and to historians, social scientists and geographers interested in how societies and governments behave during epidemic crises.
Paperback / softback
£15.99
Quantity: Add to basket 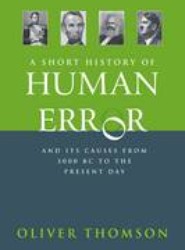 A Short History of Human Error
Published December, 2013
By Oliver Thomson
Publisher: Arena Books
Rating:
in-stock
A candid, sometimes controversial study of the psychological or other flaws of political, religious and economic leaders from ancient times onwards: from Rameses II to Colonel Gaddafi, from Genghis Khan to Stalin and Hitler, from Buddha or Saint Paul to Martin Luther or Ron Hubbard, from sex-addicted presidents to alcoholic prime ministers.
Paperback / softback
£17.99
Quantity: Add to basket 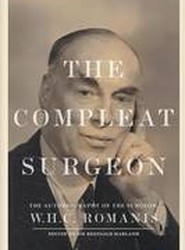 The Compleat Surgeon
Published June, 2013
By Hugo Romanis
Publisher: Arena Books
Rating:
in-stock
An autobiography of one of the old 'general' surgeons - ones who could still cope with every sort of surgical work without needing to refer it to a 'specialist'. It also describes many of the cases given to him, and the wide variety of patients who came to him in his own practice.
Paperback / softback
£12.99
Quantity: Add to basket
© Wisepress Ltd.
All rights reserved.