Price
Quantity
£72.00
(To see other currencies, click on price)
Hardback
Add to basket 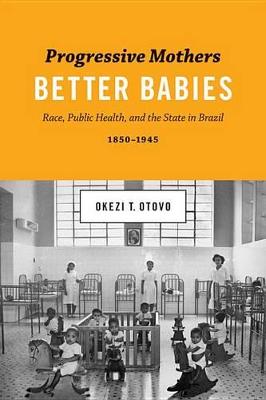 In Bahia, Brazil, the decades following emancipation saw the rise of reformers who sought to reshape the citizenry by educating Bahian women in methods for raising "better babies." The idealized Brazilian would be better equipped to contribute to the labor and organizational needs of a modern nation. Backed by many physicians, politicians, and intellectuals, the resulting welfare programs for mothers and children mirrored complex debates about Brazilian nationality. Examining the local and national contours of this movement, Progressive Mothers, Better Babies investigates families, medical institutions, state-building, and social stratification to trace the resulting policies, which gathered momentum in the aftermath of abolition (1888) and the declaration of the First Republic (1889), culminating during the administration of President Getulio Vargas (1930-1945).

Exploring the cultural discourses on race, gender, and poverty that permeated medical knowledge and the public health system for almost a century, Okezi T. Otovo draws on extensive archival research to reconstruct the implications for Bahia, where family patronage politics governed poor women's labor as the mothers who were the focus of medical interventions were often the nannies and nursemaids of society's wealthier families. The book reveals key transition points as the state of Bahia transformed from being a place where poor families could expect few social services to becoming the home of numerous programs targeting the poorest mothers and their children. Negotiating crucial questions of identity, this history sheds new light on larger debates about Brazil's past and future.