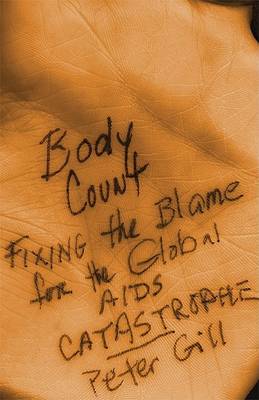 Twenty-five years on, with twenty million dead and another forty million infected, AIDS is the world's worst epidemic. But the catastrophe could have been prevented. Body Count explains how millions could have been saved and many million more infections could have been prevented if the world had responded properly to the crisis. To get this story, Peter Gill has traveled the world and interviewed dozens of the key players, including C. Everett Koop, Colin Powell, Sandy Thurman (the Clinton "AIDS czar"), Larry Kramer and the Bush Administration's own Randall Tobias, the Bush chief AIDS official. Including both personal accounts and individual profiles, as well as analyses of insitutional efforts, Body Count is a harrowing read, and one of the most important books of the year.