Price
Quantity
£55.00
(To see other currencies, click on price)
Hardback
Add to basket 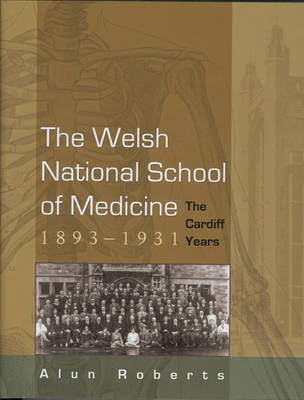 This book is an account of the origins and development of Cardiff's, and Wales', medical school during the first four, often controversial, decades of its existence as part of the University College of South Wales and Monmouthshire. This book is a contribution not only to the history of medical education in the United Kingdom during a period of profound change, but also to the history of the University of Wales and its uneasy relationship with the Cardiff College. Indeed, the 1920s were characterised by often acrimonious disputes as to whether the medical school should remain within the College or, in accordance with its all-Wales role, become an independent institution.Eventually a compromise was reached; the medical school was split into two, the preclinical component remaining with Cardiff, the rest becoming an independent Welsh National School of Medicine in 1931. This book also addresses the evolving relationships between medical schools and the hospitals associated with them for teaching purposes.
It explores the reasons why the relationship between the Cardiff Royal Infirmary and its medical school was uniquely bad during the 1920s, leading to the hospital excluding the medical students from its precincts for a year in 1928, an unprecedented act in the history of modern medical education.