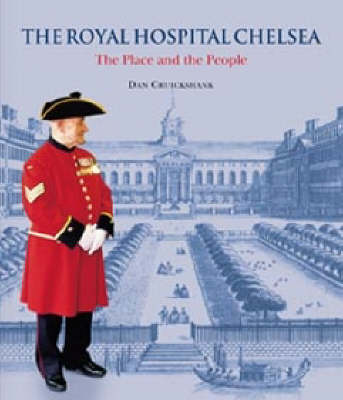 The Chelsea Pensioners, or In-Pensioners as they are officially known, are held in great affection throughout the world. However, few people are aware that the Royal Hospital is not only one of the architectural and historical wonders of London - it is one of Sir Christopher's Wren's masterpieces, but also features work by Sir John Soane and Robert Adams. The RHC also contains complete hospital facilities, caring for the daily needs of the In-Pensioners. Originally commissioned over three hundred years ago by King Charles II as a home for the army's veterans, this beautifully illustrated 192 page book, which contains newly researched archive material and specially commissioned photographs, describes its purpose, its achievements and how it has developed over the years.As well as tracing the history and wonderful architecture of the Hospital, the book's widely respected author and TV presenter, Dan Cruickshank, also captures the fascinating stories of the Chelsea Pensioners themselves - their personal memories and how they live today. "Royal Hospital Chelsea: The Place and the People" includes a foreword by HRH the Prince of Wales, Patron of the Royal Hospital Appeal.
The bulk of the proceeds from the sale of the book go towards the Royal Hospital.