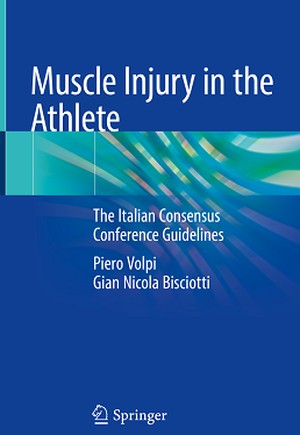 This volume provides a cutting-edge analysis concerning the biology and aetiology, classification, clinical assessment and conservative treatment of lower limb muscle injuries in athletes. Muscle injuries are the most common trauma both in team and individual sports and are responsible for most of the time lost both in training and in competition: in professional football (soccer), they account for 30% and in track and field for 48% of all injuries recorded. Despite the considerable interest in this topic among clinicians and researchers, there is still no consensus regarding the etiopathogenesis, classification, clinical examination and treatment of muscle lesions. Based on the first Italian Consensus Conference on guidelines for the conservative treatment of lower limb muscle injuries in athletes, which was held in April 2017 at Humanitas Clinic Institute in Milan, Italy under the auspices of the Italian Society of Arthroscopy, this comprehensive book addresses the main issues concerning muscle injuries, from biology and pathobiology to clinical evaluation and different treatment option, including the most frequently used physio-kinesitherapy therapies. It also presents a consensus classification of muscle injuries closely linked to prognostic factors. Written by international experts with diverse medical backgrounds, this book offers comprehensive practical guidance for orthopedic surgeons, sports physicians, athletic trainers, physiotherapists, sports science students, and physiatrists.

Piero Volpi is an Orthopedic Surgeon and Sports Medicine Specialist and Director of the Knee Surgery and Sport Traumatology Unit at Humanitas Clinical Institute IRCCS, Milan. He played professional football from the beginning of the 1970s until 1985 while maintaining his medical studies. He is now Head of Medical Staff FC Internazionale Milan, Italy, and he is Responsible Physician of the Italian Association of Football Players (AIC). He has also recently been appointed as member of U.E.F.A. Medical Committee. Dr. Volpi is Teaching Professor at the Specialty School of Orthopedics and Traumatology at the University of Milan. He is also Vice-President of Italian Arthroscopy Society (SIA) and member of several national and international scientific societies: Siot, Sigascot, Fmsi, Isakos, Esska, and Eka. He is the author of more than 300 publications and over 600 contributions, including book chapters, articles, and presentations to scientific national and international meetings. He is Editor in Chief of the Journal of Sports Traumatology and Member of Editorial Board of Medicina dello Sport Journal. Gian Nicola Bisciotti is Physiologist Lead at Doha Orthopedic and Sports Medicine Hospital FIFA Center of Excellence. After a sports career that saw him engaged for more than 25 years in Judo, in 1992 he resumed his studies and he graduated in Science and Technology of Sports and Physical Activity at the University Claude Bernard in Lyon where he also achieved the Ph D in Biomechanics and Physiology of Exercise. This was a period of intense University engagement and collaborations with numerous academic institutions and sports federations. Since 1995 he also dedicated to tennis athletic training of professional players, participating to the biggest tournaments in the world and Olympic games in Sidney in 2000. From 1999 to 2009 he worked as Physical Trainer into the Internazionale FC Milan, where he started to be interested in sport rehabilitation. In 2009 he left Inter team and became Physiologist Lead at the Qatar Orthopaedic and Sports Medicine Hospital, FIFA Center of Excellence in Doha. Since 2010 he also covers the role of Physical Trainer into the Algerian National Football Team, with which he participated to the 2010 World Championship in South Africa, 2014 Championship in Brasil, African Coup 2012 (Guinea), 2013 (Sud Africa) and 2017 (Gabon). With the Qatar National football team win the Gulf Cup in 2014 and participate at Asian Cup 2015 in Australia.. He has published over 300 articles of biomechanics, physiology, rehabilitation, and training methodology, many of them included in peer reviewed journals. Furthermore, he's author of 22 books and three multi-media work in the field of sport medicine and sport physiology.