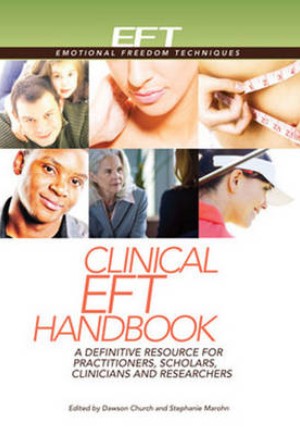 EFT (Emotional Freedom Techniques) is used by an estimated 10 million people world-wide. Yet a lack of standardisation has led to a field in which dozens of forms of EFT, with varying degrees of fidelity to the original, can be found. This led to the establishment of Clinical EFT, the form of EFT taught in the original EFT Manual and associated materials, and validated in over 20 clinical trials. In this volume, the most noted scholars, researchers and clinicians in the field compile a definitive outline of the EFT protocol, as it is applied in medicine, psychiatry, psychotherapy, and life coaching. Chapters cover the clinical application of EFT to fields such as addiction treatment, sports, surgery, weight loss, social problems, and family therapy. Scientists explain the physiological mechanisms of action of EFT, as well as its sources in physics and chemistry. Researchers describe EFTs path to acceptance as an "evidence-based" practice. This handbook is essential reading for anyone wishing to understand EFT as validated in research, science, and best clinical practice.